Coinmining malware increases by 53% in Q4 of 2020, millions at risk due to crypto crime surge .

January 25, 2021 (SAN JOSE, Calif.) - While many Bitcoin owners are currently struggling to access their Bitcoin wallets, researchers from Avira Protection Labs recorded a 53 percent increase in coinminer malware attacks in Q4 2020 compared to Q3 2020. In addition, the price per 1 Bitcoin is currently valued at around $36,000, close to the all-time high it reached earlier this month. The Avira research team suspects a connection between the rapid price rise and increased coinminer malware activity.

"The rapid increase in coinminer malware suggests that malware authors are taking advantage of the price trend in recent months and increasingly spreading malware that aims to exploit other people's computer resources for illegal mining activities. This correlation is not surprising but is nevertheless worrying for legitimate miners and investors, "says Alexander Vukcevic, Director of Avira Protection Labs.

Crypto malware or coinminer malware is one of the newer malware threats. Unlike traditional ransomware, it works completely undetected on the user's device, making it particularly insidious. The malware does not aim to steal data or blackmail the user, but to remain in the background as long as possible and to carry out mining stealthily. To do this, the malware uses resources from the infected computer, such as the processor, graphics card and main memory, as well as the network bandwidth. The hijacking of computer resources is called cryptojacking.

The three main types of coinminers include executable files (e.g. *.exe files), browser-based cryptocurrency miners, and advanced fileless miners - all of which have the ability to run on a variety of devices and systems.

Since its creation in 2009, Bitcoin has rocketed in value, fast becoming the most expensive cryptocurrency in the world. Unlike most regular currencies, Bitcoin has a finite supply which is set at 21 million. The result of this is that as supply depletes, value increases and has done so year on year over the last decade. However, this does not mean that it is not extremely volatile. Over recent years we have seen major peaks and crashes in the cryptocurrency making it an increasingly risky investment. For example, on Friday 8th Jan 2021, Bitcoin rocketed to an all-time high of nearly $42,000 yet by the following Monday morning it was trading at around $33,000, a drop of more than 20%. Whilst other cryptocurrencies and stocks also fell as the strength of the US dollar increased, none made the headlines quite like Bitcoin. This is because it has become iconic in day to day life and is the most well-known currencies around the world. 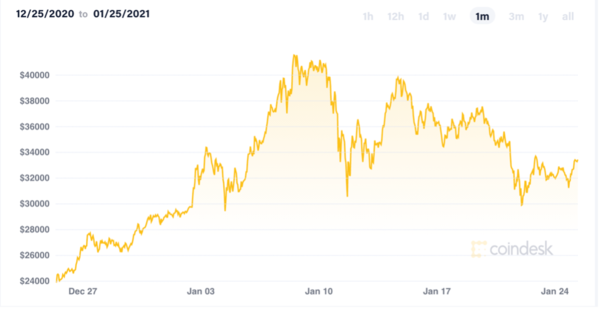 According to the US Department of Justice, 2019 saw a sharp increase in stolen cryptocurrency, with over $4.5 billion worth going missing due to theft and fraud. This is more than double than that of 2018, and it can be assumed that this trend is set to continue thanks to the increase in malware activity. The number of Bitcoin stolen every day is somewhat disputed, however cryptocurrency analysts estimate that, on average, 1500 Bitcoin are stolen every day. Which, when paired with the fact that approximately 900 Bitcoin are mined every day, means that the available supply is decreasing day on day.

“Crypto crime is undoubtedly rising and is becoming an issue that cannot be ignored. Users of Bitcoin must be extra vigilant and take precautionary steps to prevent from being targeted,” said Vukcevic.

A high-resolution photo of Alexander Vukcevic is available here: https://assets.prod.cms.avira.com/cache-buster-1566992971/assets/www/_pim/about/management/A_Vukcevic.png

Avira’s mission is to protect people in an increasingly connected world. As the original pioneer of freemium security software, Avira offers consumers a complete portfolio of security, privacy, and performance tools for free with premium options. For over 30 years, Avira has been consistently innovating and adapting to the ever-changing digital world and today offers products for Windows, Mac, Android, iOS and smart homes that are consistently rated best-in-class.

Avira is now a part of NortonLifeLock Inc., a global leader in consumer Cyber Safety. For more information about Avira visit www.avira.com.