Skip to Main Content
Home
Blog
WhatsApp encryption: What’s up with this step?

WhatsApp encryption: What’s up with this step?

WhatsApp encryption allows a user to send messages, a call, or even photos or videos to another user in a completely secure way. The sender’s files are scrambled and only the receiver will be able to unscramble the content, making it impossible for hackers, authorities, and even WhatsApp itself to see what is being communicated. This step has the chance to become an even much bigger issue than FBI vs Apple, in which the Feds were pushing Apple to deliver a code for decrypting a mass shooter’s iPhone. 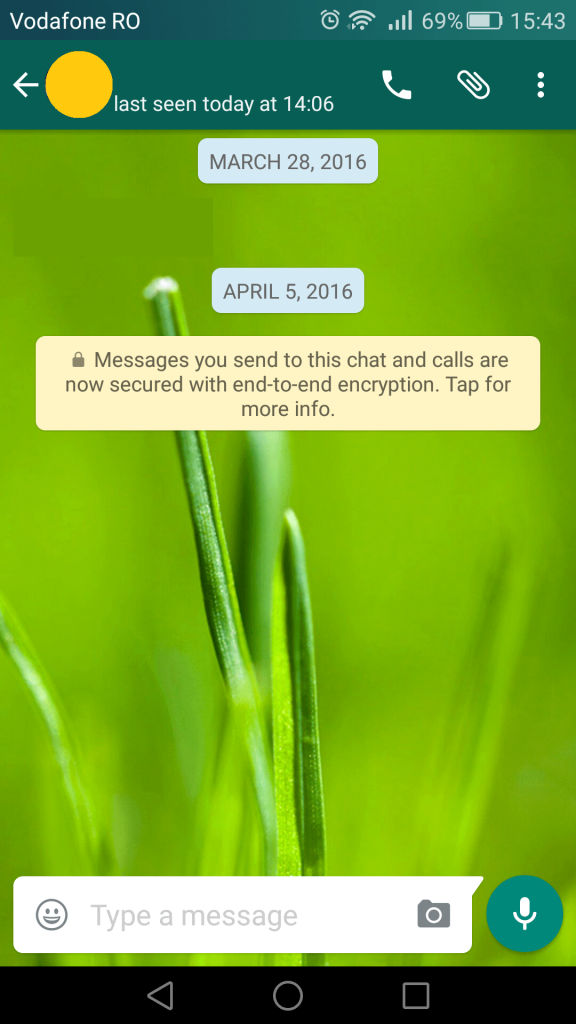 WhatsApp is an online messaging service, now owned by Facebook, that has more than a billion users. Only Facebook is bigger at this moment as a self-contained communications network. The decision by the founders of WhatsApp, Brian Acton and Jan Koum, in the first week of April 2016 to add an end-to-end encryption to every form of communication on their service is the largest ever roll-out of a privacy service ever.

What is WhatsApp encryption doing?

If any group of people uses the latest version of WhatsApp, the service will encrypt all messages, phone calls, photos, and videos shared between them. And this is available on any phone that runs the app, from iPhones to Android phones to Windows phones and even to old-school Nokia phones. As we mentioned before, with end-to-end encryption in place, not even WhatsApp’s employees can read the data that’s being sent across their network. Said differently, WhatsApp will not have to comply with a court order demanding access to any content, as happened in the FBI vs Apple case. But now, the implications are much bigger, since we are talking about over a billion users.

The FBI and Justice Department are worried, although not officially, about the fact that WhatsApp will become the main communication tool for criminals and terrorists. In late 2014, the company encrypted a portion of its network and in the months since, its service has apparently been used to facilitate several criminal acts, including the terrorist attacks on Paris last year.

The law enforcement agencies are taking in consideration wiretapping orders, but this prospect doesn’t scare the WhatsApp founders, who still believe strongly that online privacy must be protected against any kind of surveillance. This is to prevent government or police abuse, they didn’t even leave a backdoor on this encryption.

So, it’s important to see that in our times, when data leaks and governments spying on their own citizens are prime topics and usual practices, this move by WhatsApp is clearly one that seeks to level out the situation. Over one billion users will be spied on no more, but this can come with a price.

Which is it? We will wait and see.