The 5 weirdest gadgets you might never have heard of

There are a lot of different gadgets out in the world that are very useful – always depending on what you need of course. But with all the different companies who try to come up with the “next big IoT thing” mistakes are bound to happen … and they sometimes result in some really strange gadgets. But take a look yourself! 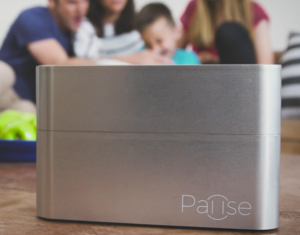 Have you ever felt like taking a break from your phone to just hang and relax? We’ve already talked about a digital detox and Pause planned to kind of help you with it. They promoted their gadget as a “simple yet innovative lifestyle designer box that blocks all cell and Wi-Fi signals.” So what you would have been paying for is actually a metal box for your smartphones. While there was some interest in it a lot of people apparently thought that it was easier and cheaper to just use the native smartphone’s pause mode aka “do not disturb” or “silent” mode: The box didn’t reach its Indiegogo goal and has not resurfaced so far. 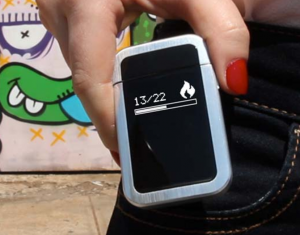 If you are a smoker who wants to quit smoking this is the lighter you’ve apparently been looking for. According to its page it’s the “first smart lighter and app to help you track, reduce and quit smoking”. So what does it do? Does the gadget stop lighting your cigarettes once you’ve had a daily set maximum? Does it electroshock you into compliance? Nope. It just tells you how much you’ve smoked so far as well as some other statistics. It’s basically the FitBit for smokers. Now, I don’t know if the best tool to help a smoker quit smoking is the one that actually helps him light the cigarette – but you’ll have to decide that for yourself. 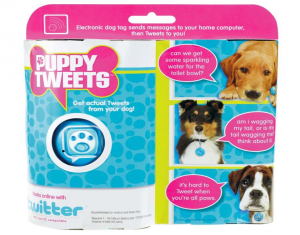 You want to know what your dog is doing when you are at work? Then PuppyTweets is not the way to go. The gadget promises you to send you Twitter notifications when your dog gets up and starts moving around, but that could still mean everything – and the 500 pre-written tweets won’t help with really identifying what your puppy is doing. It might tweet you “Wroof, I’m walking in the back yard” but is chewing away at your slippers.

Well, it seems like we’ll have to wait a little bit longer until your dog starts sending you messages! 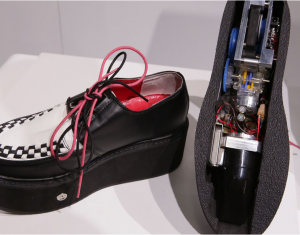 Isn’t that everyone’s dream? Walking around the house/apartment all the while vacuuming it at the same time? Denso wants to make your dream come true and presented their Ecology Shoes that have a vacuum cleaner in their soles. When you are walking around you power the motor which is nice – but how much dirt will actually fit in the tiny dust box? And would you really want to wear shoes like that? And how long would it take you to clean your whole apartment that way?

Luckily they are only a concept and while presented at the CSI will most likely never see the light of day. 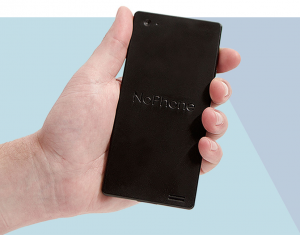 Technically it isn’t a gadget, because it can’t do anything. Nonetheless it was a successful Kickstarter and people are actually buying it – so why not include it here as well? The slab of plastic is supposed to be a “plastic rectangle that replaces the need for smart rectangle device interaction.” But honestly … while it might be nice to fidget around with it, it will not help you when you a) actually need to call someone b) check the time, c) look up stuff, etc. It has some unique features though: It is Completely Toilet Bowl Resistant, has 0 GB storage, 0% battery life, 0MP pictures and no screen. Yeah … I would totally spend zero dollars for it.