There are more people out there using smart wearable devices such as smartphones, smartwatches, and smart glasses than there are people using PC, way more. One navigates those devices via taps, swipes, keystrokes – it’s rather universal and seems pretty harmless. But did you know that the way you use your touch gestures is unique to you, and worse, can be tracked?

You’ve already heard a lot about how companies try to track you – be it via your TV, the social media accounts you use, or other means. But now a group of security researchers has found out that you could also be tracked by your smartphone. Not through some options you can enable or turn off but by analyzing how you write and how you swipe.

The research paper presented by researchers from CSIRO Data 61 claims that they created and installed an app on Android that allowed them to collect how people work and play with their phones. They called it “TouchTrack” and combined 3 open source games: 2048, Lexica, and Logo Maniac. Each of those games was selected because they concentrate on one of the ways to interact with the phone: swiping, tapping and keystrokes. On top of that, they also added a custom build one for hand-writing. 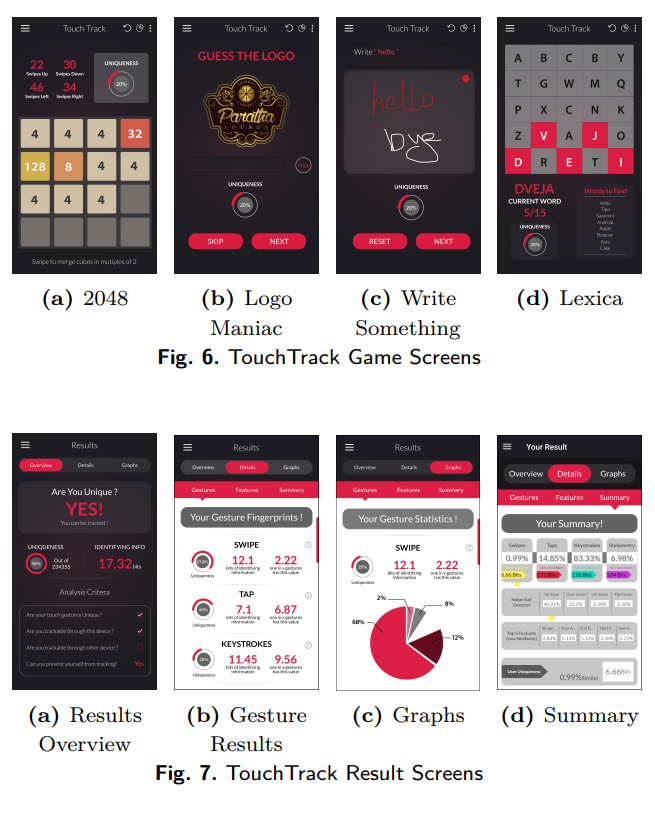 89 participants and around 40,000 examples later they were able to reveal up to 98.5 percent of information about a user by combining their taps, swipes, keystrokes and writing samples. This is scarily accurate. But that’s not all. Apparently, with the same methodology, they were also able to re-identify returning users with a success rate of more than 90%.

What does that mean?

The paper puts it nicely: “First, while regular tracking tracks virtual identities such as online profiles, touch-based tracking has the potential to track and identify the actual (physical) person operating the device. It can distinguish and track multiple users accessing the same device. Second, touch-based tracking possesses the capability to continuously track users. Third, it also leads to cross-device tracking where the same user can potentially be traced on multiple mobile devices.”

The whole thing is also scary because you can only navigate your devices via those gestures – and a lot of apps collect those information to enhance the quality of experience.

In the end, it means only one thing though: Be sure to trust the apps you put on your phone and keep an eye open for what might come.