The best gadgets for a connected home

Thanks to the consumerization of technology, today anyone can create their very own smart home without spending a fortune. The field of domestic IoT is diverse and varied, and with the passing of time, it has seen the emergence of more and more objects that promise to improve our lives and make it smarter. Some examples: A thermostat that learns the residents’ habits in order to turn on and off at just the right time, keeping the house warm and energy consumption reduced; a video camera that is able to distinguish the faces of people, animals, or simply moving leaves, so it doesn’t unnecessarily alarm those who receive notifications on their smartphone.

There is also the growing sector of connected speakers: although they still haven’t taken off in Italy, in other places they have become an essential accessory for both playing music wirelessly and voice-control gadgets connected to the network, obtaining instant information processed by built-in artificial intelligence. The keyword is smart and today more than ever, transforming an inert residence into an environment that receives and produces information for the well-being of not just the family is within everyone’s reach and even quite affordable. Here are some must-haves for your very own DIY home automation system. 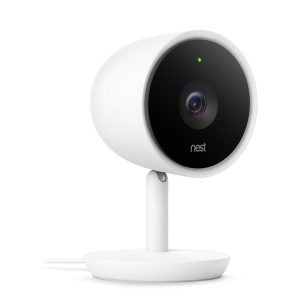 This is the first consumer video camera equipped with artificial intelligence. Thanks to its internal chip, it recognizes trusted individuals and intruders, as well as animals and light fluctuations due to changes in weather; it can also turn on outdoor lights and perform other functions that have nothing to do with the home itself. In this way, it can send its users smart notifications that inform them in detail of what’s happening in the spaces being recorded. Its shortcoming? In order for it to distinguish between various individuals, you need to have a subscription with Aware, which costs between five and thirty dollars a month.
Website: Nest Cam IQ 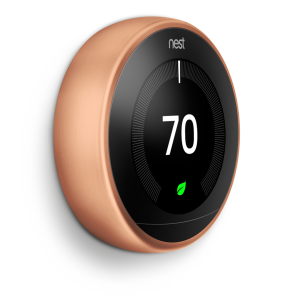 Also from Nest –a company purchased by Google a few years ago– comes a smart thermometer that serves as a design object. From far away it looks like a kitchen timer, while its features resemble those of a smartphone. Its distinctive feature is that, as its name suggests, it learns from its users’ behavior in order to best configure its settings and save precious energy from the very first bill. Its flaw is that it can’t be installed just anywhere, as it requires an independent boiler or, at most, a centralized system with valves accessible in the home. In any case, it’s best to check out the website to get a better idea.
Website: Nest Learning Thermostat 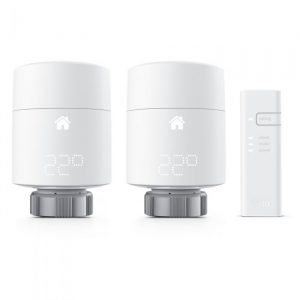 Nest’s fiercest rival comes from tado° who, in addition to coming up with a thermostat similar to its competition’s, also thought of those who live in an apartment with a dated heating system. This is where the Smart Radiator Thermostats come in: they attach to the knobs of individual radiators to transform them into connected devices you can control remotely. The thermostats are visually stunning, as they include a LED display that indicates the temperature and maintains an elegant, discreet design. The starter kit includes two Thermostats for as many radiators.
Website: tado° 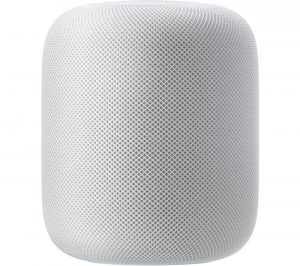 Out of all the connected speakers, HomePod is the one garnering the most attention, just as every other Apple gadget does. In Italy, we will be seeing it at a later date, but in the meantime, we know that it will be able to exclusively interface with products certified and validated by the Cupertino-based company. What does that mean? While with the Amazon Echo you can more or less do everything (even turn on your air conditioner), with the HomePod things will be slightly more complex and circumscribed to Apple’s closed world. It’s true that this may be a limit, but there’s also an advantage: the direct control Apple will have over the software developed specifically for its wireless speaker will be able to prevent viruses and hacker interference.
Website: Apple HomePod

Even a notoriously boring device such as an air conditioner can take on advanced features. This is the case of Samsung’s AR6500M Smart Wi-Fi air conditioner which, thanks to the Samsung Connect app, can be easily managed remotely. Digital Inverter technology allows for less energy to be consumed, keeping the house warm or cool depending on your needs.
Website: Samsung AR6500M 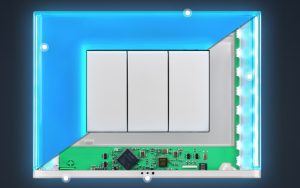 The first of its kind, something never seen before in Italy. Beghelli has created a simple light switch plate that connects to the Internet in order to carry out different functions. Everything is controlled through the app: you can change the plate color, ask it to light up if it detects movement (through the built-in sensor), or even automate lights turning on and off in order to simulate the presence of people at home and dissuade potential thieves. In the device’s complex brain there’s also a camera that takes photos as necessary and sends them to the synchronized app, from which you can perform other home automation functions. Everything takes place inside a frame that, until recently, was considered an aesthetic accessory and nothing more.
Website: Brain Beghelli