Gita wants to carry your burdens

Just imagine the following scenario: Your birthday is around the corner and you’ve planned a big party – including lots of foods and drinks. So you go shopping and gather everything you think you need and it’s fun. Until you get out of the store and have to carry everything home somehow. Since you don’t have a car, you either balance the bags on your bicycle (don’t do that – it’s really dangerous!) or you haul them to the next bus stop and from there on home. It’s strenuous and annoying and next year you’ll think twice before planning a big party.

Well, Vespa inventor Piaggio wants to change the hassle of you having to haul your purchases home and has introduced Gita.

The little cargo robot, who looks remarkably like a deformed brother of BB-8, may just be as sophisticated. Being a strange mix of autonomous car and drone, it sports an engine that lets it drive around with a top speed of 35km per hour – fast enough to even keep up with a bike. 😮

What can Gita do?

Gita is supposed to help people carry their burdens. Cameras placed at strategic places all around the chassis make sure that it can follow its owner around without getting lost. Just imagine: Instead of you hauling your groceries back home, Gita follows you with your goods safely stashed inside its trunk. Altogether it can carry up to 12kg, so even bigger shopping sprees shouldn’t be an issue. 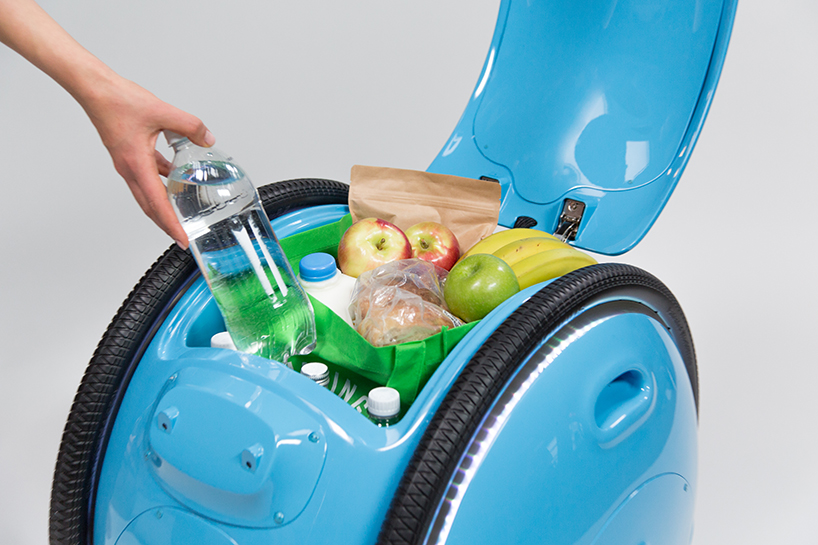 By the way, if you are not allowed to take the robot with you into a building you could also park it some place outside: The fingerprint sensor should keep it from being stolen (though to be perfectly honest I would not want to put that to a test just yet) and apparently it is also being tracked at all times – which implies some kind of connectivity. These features supposedly make it safe to just send Gita on its way to another destination, something it should be perfectly capable of, after mapping its surroundings.

Where can I get it?

Right now it’s still being tested and there is no indication as to when it will be released other than “soon”.

Is it worth it?

That depends. While it definitely seems like a nifty thing to have, it’s probably not going to be cheap. And if you think about it a bit longer you will start to wonder how often you actually throw a party that requires you to haul lots of groceries back home. While it for sure will have its uses in certain environments, it might not be the best fit for personal use. The idea of a robot following you around is still pretty cool though!