Mustang Panda is a well-known APT with a long history of targeting non-governmental organisations (NGOs). It utilizes shared malware like Poison Ivy, PlugX and Cobalt Strike payloads in order to gather intelligence. Since 2008, PlugX as a RAT (Remote Access Trojan) malware family has been used as a backdoor to control the victim’s machine fully. Once the device is infected, an attacker can remotely execute several kinds of commands on the affected system to retrieve machine information, capture the screen, manage services, and manage processes.

Avira’s Advanced Threat Research team, has been tracking Mustang Panda APT for a while. According to Avira’s telemetry data, Mustang Panda mostly targets Asia-Pacific (APAC) countries and uses Cobalt or PlugX as payload.

Avira’s Advanced Threat Research team discovered a new version of PlugX from the Mustang Panda APT that is used to spy on some targets in Hong Kong and Vietnam. The way that the APT actor infects the target, and launches the malicious payload is similar to previous versions—but with some differences.

PlugX executes DLL hijacking with benign applications such as ESET antivirus, Adobe Update etc.  However, the way the PlugX loader launches the payload is different from how it was done for the previous versions. Also, the PlugX that Mustang Panda APT uses has some extra features, including spreading through USB, gathering information, and stealing documents in air-gaped networks via USB.

Mustang Panda APT uses a package of binaries to load the actual payload and it is intentionally designed this way to bypass file scanners and sandboxes. PlugX contains 3 files: benign EXE file for DLL hijacking, DLL (just a loader to execute the payload), and the encrypted payload (usually with “.dat” extension).  The Advanced Threat Research team at Avira, have found different types of loaders (PlugX loader), and we will discuss it in more detail below. Obviously, file scanners or sandboxes can’t detect the PlugX payload without the encrypted DAT file.

Anomali’s Threat Research Team published a post about this campaign with the focus on the initial infection. In this article, we are going to dig into the PlugX loader and new PlugX payloads that Mustang Panda APT is using to spy on the targets.

The Loader is a tiny DLL file, the payload is an encrypted DAT file.

The DLL is responsible for decrypting the DAT file and executing it like a shellcode in memory. It reads the encrypted payload from disk by calling CreateFile and ReadFile APIs, and then allocates memory via VirtualAlloc. After decryption, it changes the protection via VirtualProtect and at the end executes it via direct call instruction.

DLL utilizes junk codes and a simple obfuscation to hide the API calls via stackstrings and load them dynamically.

The DAT file contains the decryption key inside of itself. The size of the key can vary. The loader reads offset zero of encrypted DAT file until it reaches null and takes that as an XOR key to decrypt the rest of the file. 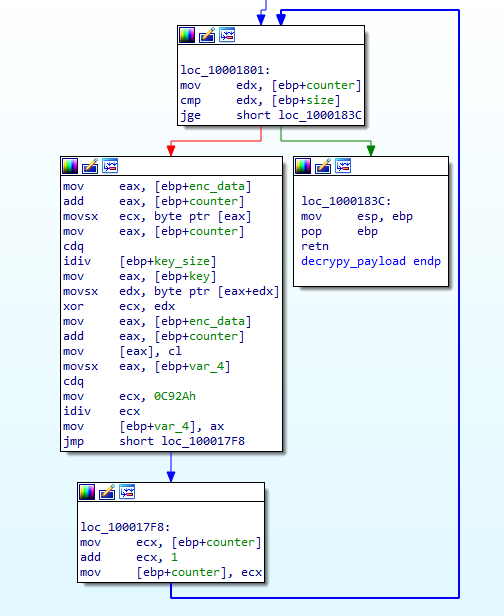 Some of the loaders have hardcoded time inside the binary and they simply decrypt and execute the payload in a specific period of time.

For example, look at the following picture from one of the loader samples with time checking. The date is hardcoded “20190929.”

We have found 15 unique payloads.

We observed these DAT file names from our telemetry:

As explained previously, the payload is executed like a shellcode but surprisingly, it’s a full PE binary. The loader will start the payload from the zero offset of the payload that it means from MZ. The picture below shows a very small crafted shellcode to call the entrypoint.

The decrypted payload is just loaded in memory and there are no footprints on the disk. This is the customized version of PlugX with simple obfuscations to bypass static detection and hide the strings.

The export function does the Windows loader job to load the DLL correctly and then executes the entrypoint. 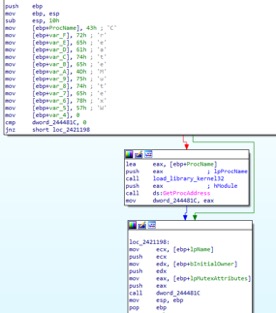 It can be executed in 3 different ways:

It creates %appdata%\Intel directory for additional modules and stolen information.

It uses a set of registry keys for storing data:

The PlugX TLS value names in the binary:

One of the features that distinguishes this variant from other PlugX variants is the capability of spreading through a USB stick. This part of the code is different from other parts of PlugX as we don’t see any TLS value name for this functionality.

After detecting the removable USB volume drive, the PlugX variant creates a hidden folder with name “RECYCLE.BIN” and copies the EXE file, the loader DLL, and encrypted DAT file. Then, it hides all of the folders in the root directory and creates LNK for each one in order to deceive the victim to click on the LNK files.

PlugX checks whether there's no internet access, then tries to find the USB stick and creates the BAT file in the following path, <usb volume>\RECYCLE.BIN\<plugX clsid>\tmp.bat, and executes it. At the end, it deletes the BAT file.

By running this BAT file, it gathers local and network information about the infected system and tries to send it out via USB.

It searches the whole system for the following file extensions:

It encrypts the mentioned documents on the fly via RC4, then copies them in its specific folder in the usb: “<usb volume>\RECYCLE.BIN\<plugX clsid>”.

The RC4 key is hardcoded in the payload binary.

From our telemetry data, we found a different way of stealing documents. It abuses RAR to search document files and compress them locally in order to send it to its CNC server.

As you can see, it’s looking for a specific date to compress .xls* and .pdf extensions. It also uses a password to encrypt file data and header.

The config can be encrypted or be plaintext in the binary. If the config data starts with “XXXXXXXX,” it means the config is not encrypted.

If the config is encrypted, the config data is decryped via XORring with the hardcoded key inside of the binary. In different payloads that we could find, the key was “123456789”. 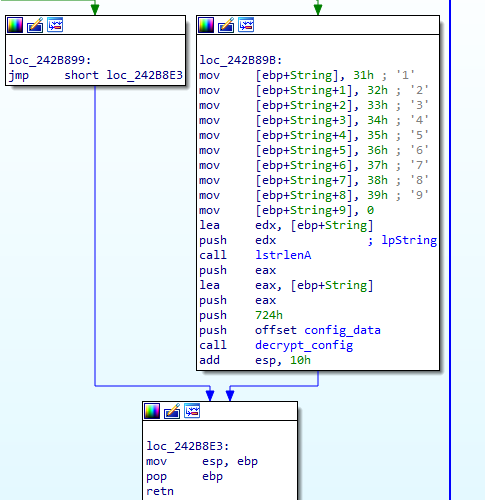 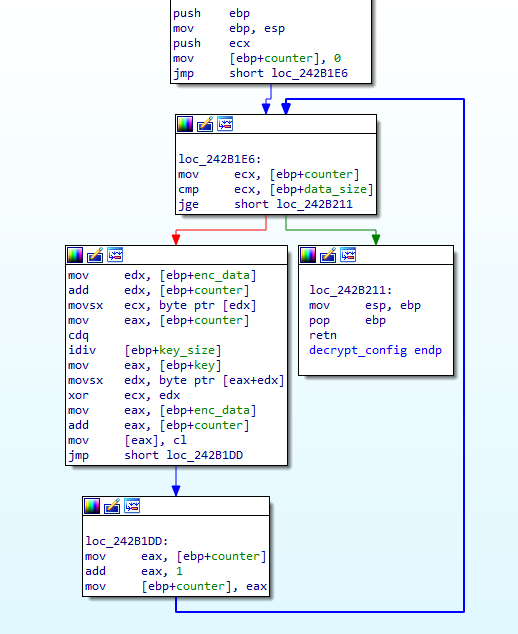 Inside the config, there is information about the folder name for PlugX modules, mutex name, C&C IP and domain address, and port number.

We found 17 unique pieces of config data. This is the information we extracted from them:

Interestingly, we could also find the test sample that the malware author may have used to test the malicious binary before releasing with the IP address 127.0.0.1 for C&C in the config data.

The PlugX variant uses a new way to communicate to its C&C server but it also supports the old communication mechanism. So, when it initializes the connection and gets the C&C version, it can decide how to communicate.

The CNC commands in this PlugX variant are similar to other versions with some minor differences.

It has 2 different groups of commands: group IDs 0x1001 and 0x1002. Once it gets the C&C group ID, it decides how to respond to the commands.

It uses HTTP post request to start the communication. The URL it uses to send the request to the server is “/update?wd=<random 8 digit number>”

It uses this hardcoded user-agent:

It adds these parameters to the HTTP request header

PlugX sends an encrypted random ID to initialize the connection via raw TCP and then receives a response from server.

The first 16 bytes are the header: 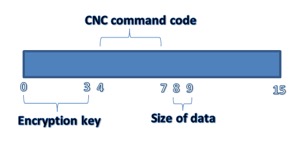 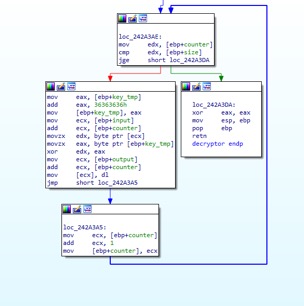 The Mustang Panda APT actor uses PlugX with minor changes, in an attempt to evade detection. This time, we found new features, new config structure, and loader—which caught our attention.

Loading the payload in multiple stages with different modules and encrypted data is a well-known technique but still quite effective to bypass sandbox systems and file scanners.

It is always challenging to have all of those modules together in order to reach the final payload.

Based on our telemetry, we found several victims from Hong Kong, Vietnam, Australia, and China but most of the victims are from Hong Kong. 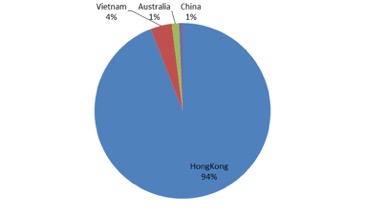 Shahab Hamzeloofard
Shahab Hamzeloofard is a threat researcher and software engineer in Avira's Advanced Threat Research team. With a decade of experience in the cyber-security industry he enjoys implementing modules for hunting advanced malware and reverse engineering malware binaries. He is passionate about CPU internals, hypervisor and reversing complex and obfuscated binaries. He loves playing CTF and researching about new exploitation techniques.

Architecting anti-malware systems with the help of an SDK