More stars for Avira from AV-Comparatives

Avira Antvirus Pro received the AV-Comparatives highest Advanced+ *** rating in the latest Performance Test, placing in the top category of AV products with the least impact on computer performance. The test tackled the performance issue head-on by looking at a range of factors such as installing and launching applications, copying and downloading files, to browsing websites. Each factor was individually scored before AV Comparatives aggregated the results into the final score. 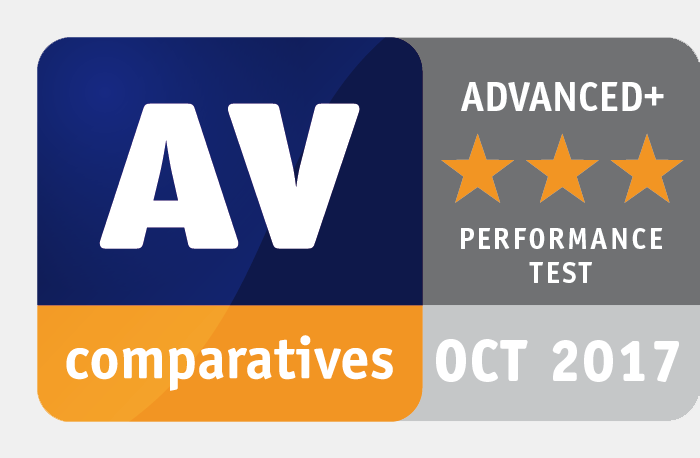 The lag resulting from an AV products’ use of system resources is a common complaint industry wide. We are quite pleased with Avira’s ranking in this independent test.

Avira Pro also won the Advanced ** Award in rating for AV-Comparatives’ Malware Protection Test by blocking out more than 20.000 malicious samples with an overall detection score of 99.97%. The September 2017 test looked at an AV program’s ability to guard against malicious files before, during, or after execution. As a new variant of their previous File Detection Test, this one also looks as detection rates with and without a cloud connection and adds in required user activity.

Avira Pro pulled in a good performance in the monthly Real World Protection test of 355 live malware samples. Avira identified 354 of them with just one missed detection. The monthly test results will be compiled and released in December.

AV testing has a lot in common with the crash testing of cars by Euro NCAP and the NHTSA – there can be a lot of stars and a lot of very detailed reports on methodology.

As AV-Comparatives stated in their latest report, they don’t recommend buying a product based on a single test. “We would suggest that readers consult also our other recent test reports, and consider factors such as price, ease of use, compatibility and support.”

We agree. We are most proud of our consistent scores over time at stopping malware and of course the ratings for usability and customer service. We’ve won a lot of stars over time – and we always want more. And even better, Avira is awarded as ‘product of the year 2016’ with the best performance in protection and usability in the industry.