Codename: Made in California

Named after a vertical rock formation in Yosemite National Park, the latest version of operating system suggests that there are no major changes compared to the previous version of OS owing to the close geographical proximity of their names.

This is probably true, as long as you’re talking about the small changes to the design or the improvements to window management and the integrated apps. Lift the hood though, and you’ll see Apple has prepared an OS upgrade that is designed to offer stability and security with performance enhancements and Rootless mode, which protects system-critical files from being written to even by the root user.

Apple changed its update strategy right from OS X Mavericks and now issues its new OS X versions free each year. Ever since OS X Yosemite, the OS Developer Preview which accompanies Apple’s annual keynote has also been followed by a public beta which gives every  interested user access to the latest OS X version. This increases pressure on developers as nobody wants to deal with the shame of having a substandard program that attracts bad press.

At Avira, we not only follow the keynote on our screens with a huge amount of excitement – we also test the Developer Preview the very next day with our Mac AV product to give recommendations to the tech-savvy users of our products as soon as possible. Testing Developer Previews in good time is just as essential as resolving any issues. Precisely this needed to be done the last time OS X Yosemite was updated.

With this update, Apple made it mandatory to sign kernel extensions. The kernel extension of Mac AV was affected. This makes real-time protection possible, and it just refused to work. You’d think it’d be as easy as signing the kernel extension and sending it off to the customer, wouldn’t you? Well, it didn’t turn out to be as straightforward as that.

This is because quite a bit of time passes from the moment a developer starts to update the source code until an update is released to the customer. First, development takes place in a two-week rhythm. This results in an improved product that can pass the test-automation process – during which the product is really put through its paces. Following that, it is presented internally at Avira and handed over to the Avira Beta Center the very same day.

The Beta Center is a curious place where volunteers try out Avira’s latest products and provide qualitative feedback to support our developers in improving our product. If you’re interested in contributing toward improving Mac AV, please sign up – we’ll take all your feedback on board.

Following the two-week beta phase, we usually let the product rest for a further week before releasing it to the end customer at the end of the three-week development period. That’s the theory anyway. As we’re also still in a development phase, this period may extend to five weeks.

Talking about the current example of the public beta of OS X El Capitan, things are getting a bit tight. As the initial Developer Preview released on June 8 was followed four weeks later by the public beta, and as our Mac AV product entered beta testing on July 15, this meant a week had already passed since the public beta of El Capitan appeared until we were able to provide a copy of Mac AV to our tech-savvy users with a clear conscience that it also ran on Apple’s beta version. For everyone else, this version will be issued three weeks later on August 4. 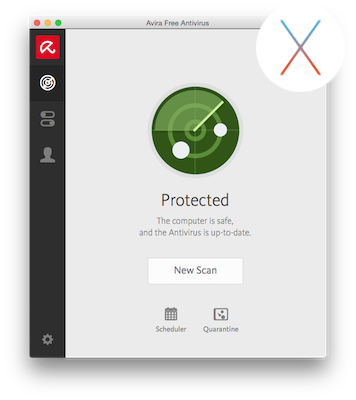 We are well prepared to deal with any eventuality in advance of this fall’s wide-scale roll out of OS X El Capitan . If you want to take part in Apple’s public beta or are interested in product development, we recommend joining the Beta Center to ensure maximum compatibility with Apple’s beta versions.