Lard and a look at your private data

There is a lot more in common between lard and your private data than one would think — and I am not talking about spam.

With lard, the big move to regulate meat and food production in the United States came on the heels of “The Jungle”— a phenomenal novel by Upton Synclair. His 1906 book explored the depravity of the meat processing industry and the way it ground up both people and cattle to produce sausages and “Durham’s Leaf Pure Lard.” While there had been efforts to regulate the industry, these managed to be held up – at least until this best-selling book came out. 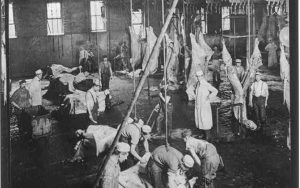 Time to clean it up

Outraged consumers put pressure on the US Congress to do something — and stopped buying so much meat. The drive for better standards also led the meat packing industry to change tactics. Instead of just delaying any legislation, they quickly got on board so they could shape the regulations to minimize the impact on their businesses. Consequently, Americans had the Federal Meat Inspection Act of 1906 (FMIA) together with the Pure Food and Drug Act. Since then, the industry has continued to work hard and make sure that individual states (such as California) do not come up with more onerous legislation. The last move in this direction was just a couple years ago, in 2012, with the Supreme Court ruling in National Meat Assn. v. Harris that the Federal law preempted a state law. 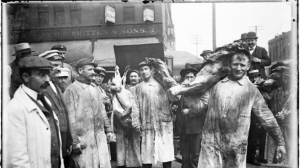 Moving from lard to data

Globally, there is a shift towards the recognition that some privacy regulation is needed. In the past year, we have seen GDPR come into effect within the EU and the American states of Vermont and California coming up with their own privacy protection legislation. In addition, it’s been a time when Facebook has had huge breaches of its user’s private data and Google has been outed as tracking the location of users – even when these users thought they had turned off the tracking functions in Google Maps.

Let’s put the swamp in the lead

While meat may seem so last century, the tech industry is copying moves by the Meat Trust and its historic response to potential legislation in its current attempts to preempt significant new restrictions. The big business and tech industry push is for Washington to come up with its own privacy regulations – and preempt those from individual states. This list of “Washington First” advocates includes the US Chamber of Commerce, the Internet Association (including Amazon, Google, Microsoft), and a lot more. There are reports of backdoor talks between the current administration and companies like Facebook and IBM. Conspiracy-minded folks might wonder why the US Senate Commerce Committee would have a round table in Washington DC to go over important privacy issues – and forget to invite anyone from a consumer group or even a privacy advocate such as EFF. The logic of a single national code is clear – it would simplify the implementation. Of course, it would also make efforts to neuter the reach and impact of the legislation also much easier. Again, think lard, think sausage. 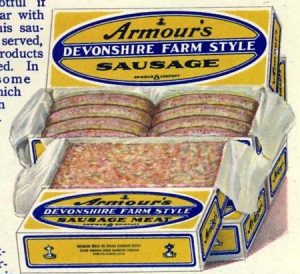 Data is on the discussion grill

The first serious legislative proposal has been put out for discussion – and it is probably not what the tech industry was hoping for. Authored by Ron Wyden, the US Senator from Oregon, this legislation would raise the curtain on data brokers. Among the six major points in this legislation are establishing minimum privacy and security standards, criminal penalties for senior executives, a national Do Not Track system, a way to let consumers review data which has been collected on them, and a mandatory review of algorithms for their impact on accuracy, discrimination, and privacy.

While this may seem like wishful election-time thinking, Senator Wyden has a long history of tech activity including a section of the Communications Decency Act from 1996 which limited internet companies’ liability for posts on their platforms, net neutrality, and domestic surveillance. 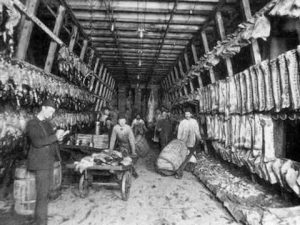 Given the American elections and the long process for proposals to become law, it is too early to say what the outcome will be. But the grill is hot for some nice data steaks.