Skip to Main Content
Home
Blog
Is it the end of the meme as we know it?

Is it the end of the meme as we know it?

In case you thought that the EU was all about openness and protecting the rights of the individual on the internet with those GDPR restrictions … guess again. The EU has plans to filter your funnies.

The European Council has wheeled out its “Directive on Copyright in the Digital Single Market,” pitching it as an overdue effort to harmonize the European Union copyright law. This revision to the copyright law is poised, upsetting the freewheeling internet as we now know it – and could force ISPs to filter uploaded content for potential copyright infringements.

The vote was too close

The European Parliament narrowly voted against the proposal this July. The vote was dominated by abstentions, with 318 voting against it, 278 voting for it, and 31 members not voting at all. But this Directive is not going away. The no vote means that there will be more debate behind closed doors for EU legislators and individual EU member states later this year. Yes, there will be even more heavy lobbying going on.

Who is getting the value from all that content?

In this internet age, there is growing suspicion on the side of copyright owners that there is a “value gap” – and that they are on the wrong side of the gap. While publishers, media companies, and established musicians are suffering, internet firms such as Google and Mozilla – along with legions of meme-happy web surfers – are just not paying their fair share for all of that content which they are playing with. At least, that is the basic opinion of the European Commission – and the problem that the proposed Directive would ostensibly tackle.

Two articles in the proposed Directive are particularly controversial – Article 11 and Article 13. Article 11 largely concerns a “link tax” requiring those using little bits of journalistic online content to first get a license from the publisher. This essentially targets firms such as Google that summarize or link to articles written by others.

Article 13 is at the center of the debate as it shifts the burden of rooting out misused copyrighted material to the platform and the ISP. It could require ISPs and firms hosting “large amounts” of user-uploaded content to monitor user behavior and use “effective technologies” which would lead to the “nonavailability” of unlicensed works. 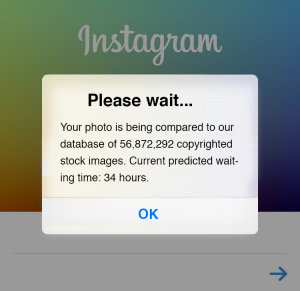 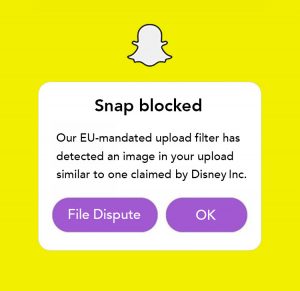 Filter coffee, not the internet

Untangle this legalese of “effective technologies” and “nonavailability” and you have – similar as it is done at YouTube – various algorithms being used to identify and remove the potentially unlicensed content. Just call them censorship machines.

In addition to being opposed by the likes of Google and Firefox, it has also been roundly criticized by a wide segment of internet notables including Tim Berners-Lee, inventor of the World Wide Web, Bruce Schneier, author and cryptography expert, Guido van Rossum, founder and developer of the Python programming language, and many, many more.

If you own it, you are not happy

Opinions on copyright rules and restrictions on copying – whether this is music or a meme – really depends on your ownership position. Established artists with copyrighted materials such as Sir Paul McCartney are for more restrictions. Publishers, for example the German Axel Springer, are active supporters of the proposed Directive. Globally, given the problems with the traditional business model for news media, you can see that they have reasons to be concerned. It should also be mentioned that Germany is one of the strictest countries in the EU when it comes to clamping down on P2P torrent downloading – and fining those caught at it.

A positive look at copying

Copying from others – or seeking inspiration as it might be called – is an important and extremely common part of the artistic process.

It’s also a practice with a lot of music history behind it. Antonin Dvorak spliced in some square dance music into his New World Symphony and Bela Bartok recopied some gypsy violins into his Finger Exercises for Piano. More recently, it’s an intrinsic – but still controversial – feature in Hip-Hop. Contrary to popular opinion, there is no clear-cut rule that it’s legally OK to take a music sample of less than 7 seconds. The early rapper Vanilla Ice got in trouble for taking the bassline from Queen for his “Ice Ice Baby” song.

Copying also happens with memes and parody videos. Just think of how boring life could get if new memes could only be posted after securing the needed approval from the copyright holder. The Directive’s potential to scare ISPs into preventively filtering out unlicensed content is a huge concern of advocates for a more open internet.

It ain’t over yet

The quest for a Digital Single Market has brought some benefits to consumers, in particular, the end of roaming charges for Europeans traveling within the EU. However, this proposed Directive is largely seen as a step backwards. The July vote was just a start. As Julia Reda, a German member of the European Parliament stated, “Every vote matters.” Every voice matters also. Stay tuned. More news will follow.