Greater privacy: These are the new features in iOS 12

For techies and, above all, diehard Apple fans, the WWDC is a highlight of every year. There, Apple boss Tim Cook presents all the new features – and many product enhancements – coming to Apple’s product range.

In recent years the WWDC has almost always been about the latest iPhone, but this year’s event was devoted to software – and iOS 12 in particular. What’s more, an exciting new privacy feature will be coming to the mobile operating system this fall.

Here’s a brief overview of the additional new functions:

Just like every other operating system out there, iOS also helps protect users’ privacy – sometimes going a little further than the rest. Apple points out that it has always ensured that it only shares what the user wants to share. Now iOS 12, and its built-in Safari browser, will be able to do a whole bunch more: 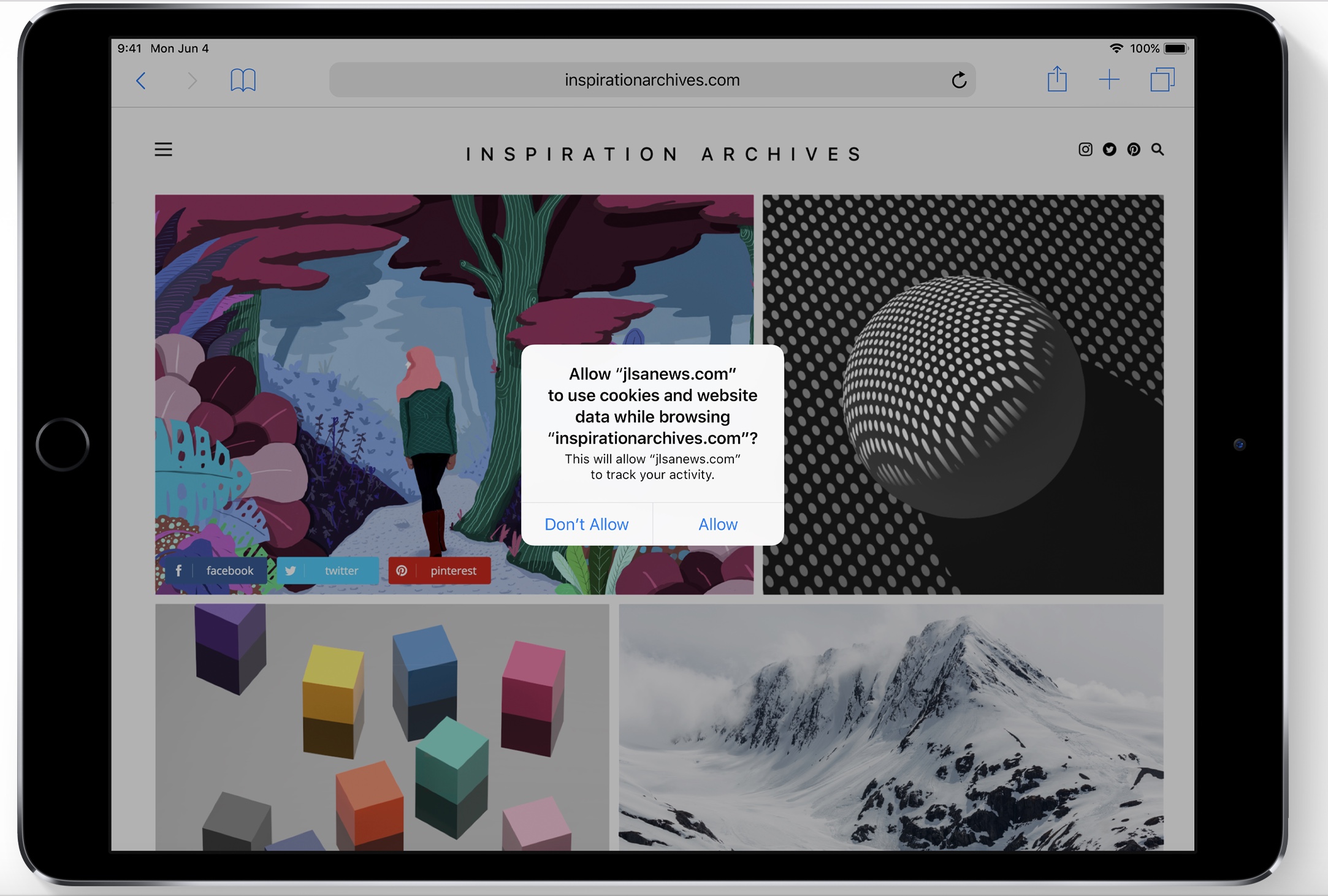 1. In actual fact, there are a whole slew of privacy enhancements that are more or less interconnected. These include the Do Not Disturb function, which has been enhanced to include a few new smart features, as well as a new app that was presented in conjunction with this: App Limits.

The app’s basic function sounds rather unspectacular – it displays fancy user stats about smartphone use, how long you’ve spent on the device and on which apps as well as at which times, and how often you’ve picked up the device to search for something.

But how do all these functions help if you can’t tell what the side-effects are? To enable users to set their own boundaries, you can now configure your own time limits for many apps you may be using excessively. To give an example, if you simply can’t prize yourself off Instagram and its amazing images, you can configure a time limit using App Limits. A little reminder notification will display when a time limit is about to expire – once it does, a lock screen appears.

You can of course still access the app, but it serves as a very useful reminder for everyone of just how much time is actually being spent on the various apps without even noticing it, making it a handy time-management tool.

But wait, there’s even more. You can also use App Limits as a parental control. Have your kids already got their own iPhone? You can use App Limits to view their usage stats as well as set how much time they can spend on each app. You can either do that for each app or for entire app categories. There’s also the option to set downtimes and more.

While there are of course plenty of other parental controls for apps that certainly work very well, it’s nice to see Apple also tackling the issue head-on. After all, we’re not all proficient at navigating the app jungle.

Apple has put a lot of thought into considering how it can further increase take-up of AR. To achieve this, the smart cookies at Apple worked with Pixar to create a completely new file format: usdz. Thanks to the integration of Adobe Creative Cloud and the option to create assets in Photoshop and Dimensions, it will now be fairly easy for graphic designers and 3D artists to create usdz files.

But enough already about talking shop – what does it look like in real life? In a word: Fantastic. usdz files can be embedded in many things including online shops. Tap a guitar you’d like to buy and it’ll appear in full size right in front of you in augmented reality.

AR also lets you do other cool things:

Everyone knows Siri. Some have fallen in love with the voice assistant, whereas others simply find Siri dumb. To now get the most out of Siri and make the app smarter, with Shortcuts Apple finally lets you create your own voice commands.

They’ve made the process really easy, with hundreds of predefined macros to choose from as well as the option to create your own shortcuts. Open the Shortcuts app, compose your command to automate whatever task you want, and record the voice prompt. It could hardly be any easier. Plus, you can accomplish multi-step processes in one go using an entire sequence of commands. This means that a command such as “home” could trigger the following chain of events: The journey time to your home is calculated, your partner receives an iMessage confirming your arrival time, the thermostat is cranked up, and the perfect radio station is tuned to ready for your arrival. Sounds useful, doesn’t it!

Besides the key highlights, there were of course many other small as well as big announcements that some of you may have been waiting for eagerly or will simply find really cool: