Quietly traipsing through the family cemetery, symbols of the departed were all around. Crosses, deer, flowers, fishing tackle, even Appaloosa horses were all there. Then one little black and white square caught my eye. Affixed to the bottom right-hand corner of a distant relative’s gravestone was a QR code.

We quickly looked it up by using a QR scanner and were sent to an online memorial site – but nothing had been entered in this person’s slot. No information but, at least not a 404 page.

QR codes have their roots in the automotive logistics sector and contain more information than a barcode or the average gravestone. In an era when everyone seems to have a smartphone handy, what a great way to give mourners detailed info on the departed. Museums have them, zoos have them, why not cemeteries?

A question of space and information

Gravestones do have their limitations when it comes to containing information. Many of the gravestones I saw had just the woman’s married surname, making onsite genealogical research impossible. Only a few contained information about the deceased individual’s profession or interests. And the only one listing extensive life achievements looked, can I dare say, ostentatious. Since the space on stone is limited, why not call in technology?

There are a few problems with the QR code approach. Here are three of them.

Technological obsolescence – Remember reel-to-reel players. At one time, it was the coolest technology for recording. Then it was superseded by cassette players, CD players, and the cloud. I’ve got some theoretically interesting tapes somewhere of another relative’s Wild West exploits – but no way to play them. And these tapes are only 60 years old or so, a mere blink in the passage of time.

Corporate impermanence – The website listed on the QR codes was for a website run by a corporation. Given the speed of innovation and corporate reshuffling, it’s just not good to have any sort of data dependent upon a specific company’s existence.

Security concerns – As with almost everything when it comes to technology and the internet, there are some security concerns. Is the QR code/link given in the QR code safe? Luckily there is an easy free solution available for everyone: the Avira Free QR scanner. 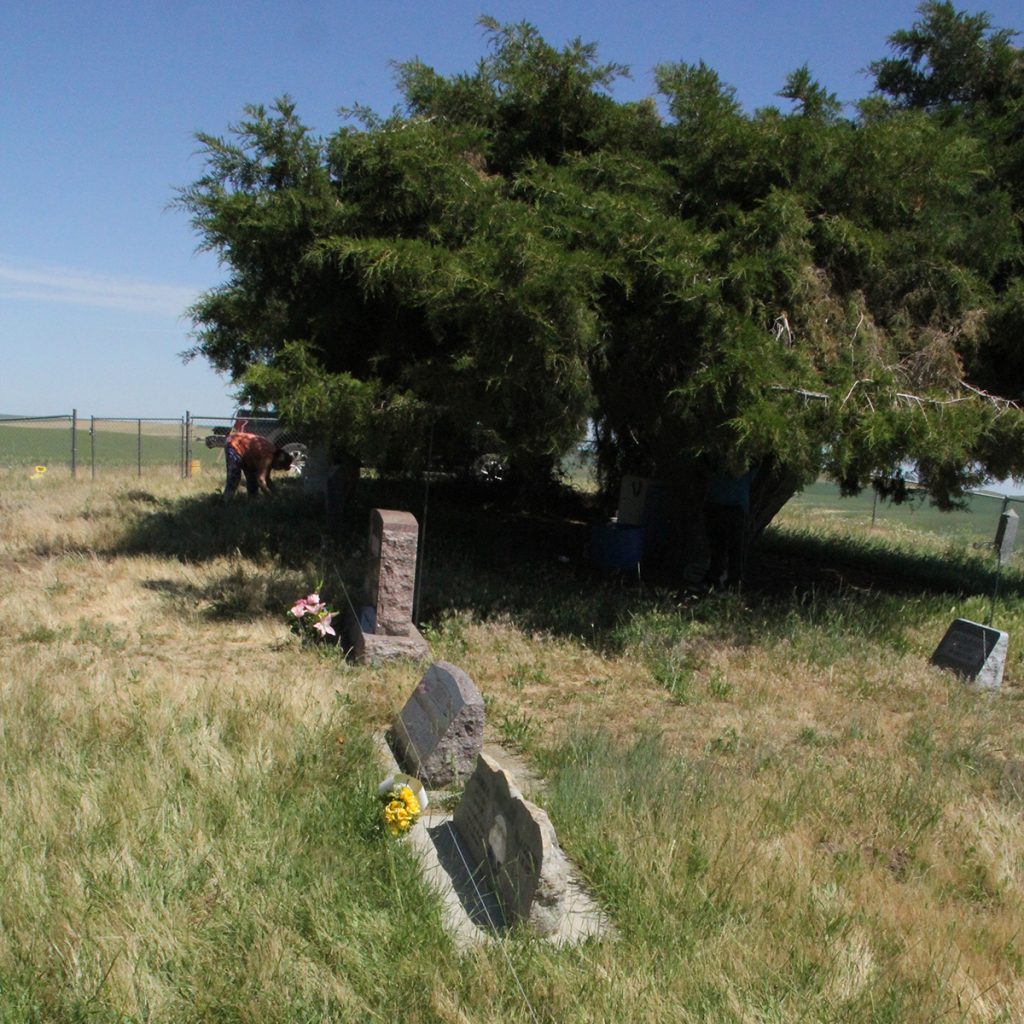 Revive your cemetery – and your QR code

At least in my case, the family cemetery has around 90 percent of its inhabitants in a slightly different location than the layout map shows.  I would really like to have more information about some of the departed. Would I do this with a QR code? Probably not. A separate QR signpost next to the gravestone might not be a bad idea. But first, this data should all be in clear text, on paper, in a secure location. And take the risk out of scanning QR codes.