Avira has taken one big step beyond and we are proud to announce a huge new feature for the Avira Software Updater – The Driver Updater, which is now ready for Beta testing and we need YOUR help!

What is a driver?

To summarize, a driver is software that enables communication between the operating system and hardware.

Why update drivers? (Hey, my computer is working!)

Hardware manufacturers constantly work on their drivers. They fix bugs, improve performance, and fix security flaws when detected. Since the drivers run on a very low level in the system, it is essential that they work smoothly and stable. In addition, a driver runs at a privileged level on the system, meaning that a driver has all rights and can do anything on the computer. A bad driver leads to instabilities which can even result in the well-known BSOD (Blue Screen Of Death). Non-optimal drivers can significantly slow down the system. Graphics drivers are a common example of this as they are not optimized when first released because the time to market is short. An improved, sometimes a far-faster driver is released weeks or even months later.

Driver Updater has been directly integrated into the Software Updater. You will find a new navigation element on the UI: 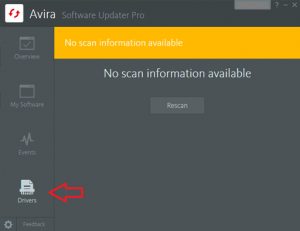 The scan for outdated drivers is not done proactively since the search takes a while and would slow down the computer if done in the background. So, you won’t get a notification as the Software Updater does it with outdated apps. 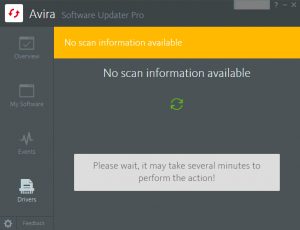 When you hit the rescan button, Software Updater will retrieve the list of drivers and search for outdated ones.

Note:
As mentioned above, this scan, especially the query for any outdated drivers, is a pretty slow process, particularly if there is a poor internet connection.

After a successful scan, the drivers are shown: 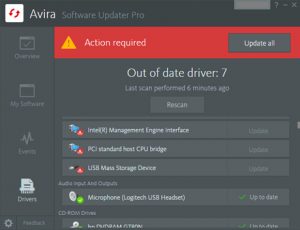 Finally, hitting the “Update” or “Update all” button will install the latest drivers. A reboot of the system might be required to activate the new driver(s). Until then, the system will run on the previous drivers.

Sounds great! What can I do?

Join our Beta test for the Driver Updater and get your hands on it before anyone else does! Our Beta test for the Driver Updater starts in the coming weeks. All you need to do is to apply for the project over here. We will review your application and if you fit our testing profile, your application will get approved. After that, we will send you an email with further instructions.