CCleaner: When “Privacy Protection” means collecting as much data as possible

You know the issue. When your PC is new, its fast, slick, and oh so clean! Once you’ve had it a year you’ve gotten used to it and you like it well enough, but it’s not the same fresh love you had for it as when you just bought it. And the older it gets the more it’s clogging up. Sure, you uninstall some programs to make some room but it never seems quite enough.

That’s where tools like CCleaner come into play: They are there to clean your PC. Not only do they remove junk files, but they also clean your registry and perform other tasks. But what if a tool like that, which also promises to “keep your activity private” actually is collecting massive amounts of data about your PC usage with no way to opt out? That’s basically what happened with CCleaner.

No opt-out, no go

CCleaner is vastly popular. With over 20 million users Piriform’s program is probably one of the best known tools for cleaning your registry (amongst other things). That’s why it’s no wonder that the outrage about a feature implemented in version 5.45 called “Active Monitoring and heartbeat” was huge. It would allow the app to “gain greater insight into how our users interact with the software,” as the staff puts it. Sadly there was no real way to opt out – which obviously is a huge issue. While you could disable the tracking it would just be enabled again once you restarted CCleaner. Not cool, right? 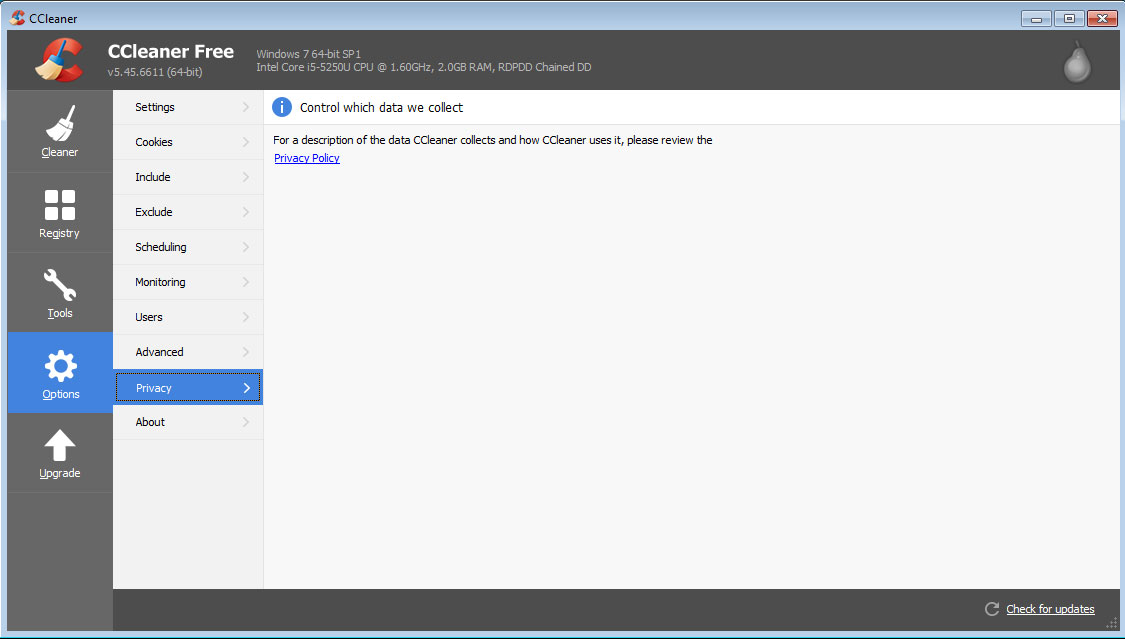 At the same time it was also made harder to close the program: Since the traditional closing would only minimize it, you’d have to force close it via task manager.

Now, if you put one and one together you can probably see why the community was not happy. In the end Piriform decided to pull version 5.45 and make 5.44 the latest one available to download. They thanked the users for their feedback and told them that they were “currently working on separating out cleaning functionality from analytics reporting and offering more user control options which will be remembered when CCleaner is closed”.

There are other options


Luckily you’re not out of options. There are a lot of other tools out there that can help you out when it comes to cleaning up your PCs, for example Avira System Speedup. By the way: With Speedup you can be sure that your privacy really will be taken seriously.

“It is our duty to protect users against, not only malware, but also privacy loss” , said Travis Witteveen, Chief Executive Officer of Avira. “It’s time for users to take back their internet experience, stay as private as they desire and stop letting the apps and software companies constantly take their personal information and use it without asking.”