Adult women are now the largest single demographic group in gaming according to a study released by the Entertainment Software Association.

While I’m female, an avid gamer, as well as an e-sports fan myself, I couldn’t quite believe it. After all, most of the games I’m playing seem to be dominated by male teenagers. When I read on, things became much clearer: A huge percentage of those women are seemingly playing mobile and browser games.

Immediately after reading the article I had a stereotypical image in mind for said user group: Housewives sitting in front of a laptop while playing Farmville or hidden object games to pass some time. Considering the above study, I believe that I’m not too far off.

And I get it: To play a browser game, you don’t need to go through a lengthy installation process, there is no need for patches, and they are absolutely free (well, if you don’t go for micro-transactions that is – but I digress).  All you need is your browser – and the Adobe Flash plugin installed for the game to work. And this is where the problem starts.

Why is Flash an issue?

Flash is a program that’s not exactly known for its super tight security. Actually, the opposite is true. So far in 2016, 205 vulnerabilities have been discovered in Adobe’s Flash software! Considering that most of the very popular Facebook browser games need Flash to work, this group of female casual gamers seems to be especially vulnerable to cybercriminals who exploit the plugin’s vulnerabilities. It’s a likely scenario, too: 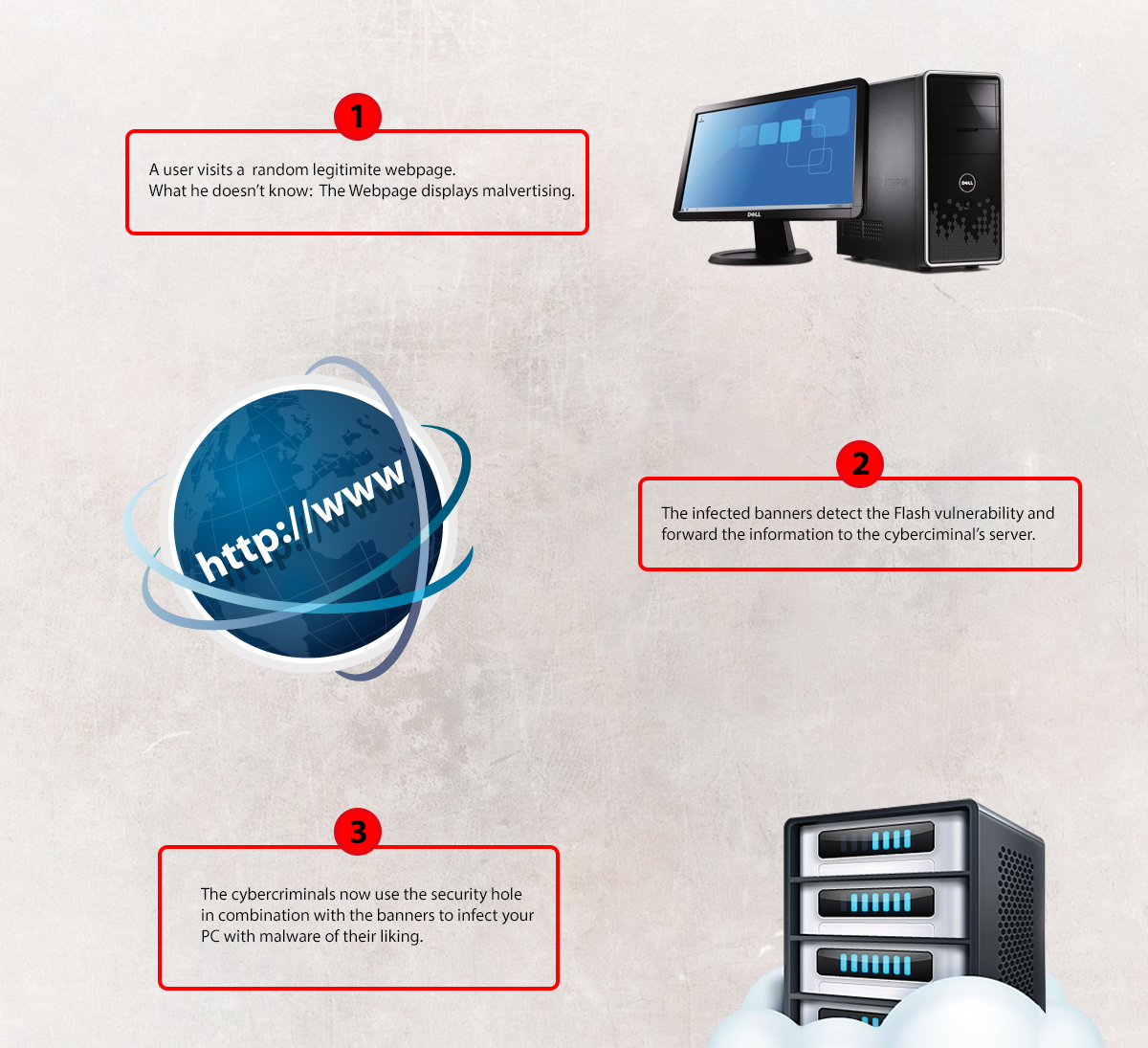 Now you might think that all you need to do is update Adobe Flash and you (and all the other housewives out there) are safe. You are right of course. Sadly, updating seems to be an issue. According to Adobe, “more than 400 million connected desktops update to the new version of Flash Player within six weeks of release.” Imagine how many female casual gamers are in this group? And just think about what cybercriminals could do in six weeks? It’s a rather big time window, when it comes to your security. And the real problem is much worse.

Given the security holes in Flash, this group of gaming housewives – and all others using Flash – are vulnerable at four distinct stages.

Howto play browser games without having to worry about Flash

Apart from uninstalling Flash or switching to HTML5 only games – which is not an option for fans of casual browser games – the only step that computer users can do to up their security is to install Flash security patches as quickly as possible. And the easiest way of doing this is to use a software updater such as the Avira Software Updater to make this annoying process as easy and effortless as possible.

After all, cybercriminals are already looking for the vulnerabilities in your computer. Don’t waste your time looking for the patch & play your browser games witout having to worry about updates.