Baby you can hack my car

You might argue now, that it took preparation and didn’t happen on the fly. You are of course right. But the more a car is controlled by computers and microchips, the easier it will be for hackers to find a point of attack.

With that in mind, let’s take a look at some of the things car manufacturers and tech giants presented on this year’s CES so far.

Most people know Nvidia for their outstanding line of graphic cards. This however seems to not be enough for the company anymore: At the CES they presented the Drive PX 2 in-Car computer, a liquid-cooled hardware beast with the power equivalent of 150 MacBook Pros. It’s indeed a supercomputer; developed to evaluate all kind of information for future self-driving cars.

While most people immediately say: “It’s like the batmobil” the first thing I thought when seeing it was: “It looks exactly like a F-Zero car!”

Anyway – while only a concept car, the all-electric FFZero1 definitely knows what it wants: With a sleek design, a helmet that’s supposed to feed the driver water and oxygen, a cleverly placed smartphone mount, and an instrument panel that’s designed to gather biometric data about the driver it might just be the car of the future.

No buttons, no knobs: This car will present you everything you need to know on a bug 17’’ AMOLED display as well as a smaller one behind the steering wheel while responding to touch and voice prompts. As a feature it will also link with your smartphone and/or tablet and drive itself through traffic jams and find parking spots. Sounds too good to be true? Yup – it’s still only a concept but Audi supposedly plans on launching the system with at least some of the above features in 2017. 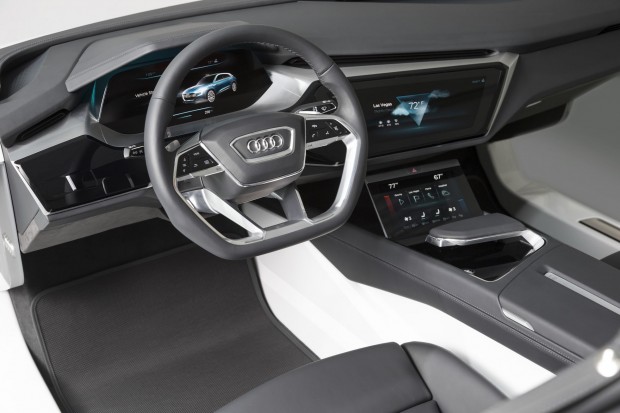 I could name a couple of other really neat cars and systems, but let’s stop here. I believe that we can say one thing for sure: The future of cars looks rather exciting – on the tech and security side.