The test, run by the independent testing organization, utilizes a battery of 12,000 widely spread, prevalent threats and real world testing scenarios against antivirus applications to see if the AV is able to detect and block these threats completely without triggering a false positive.

We achieved the 6 out of 6 points, the best possible score in Real World protection, both for July and August. — Alexander Vukcevic, Head of the Avira Virus Labs. 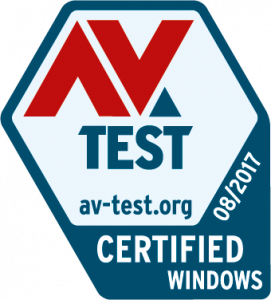 The Protection module in the Real World and Prevalence Malware Test forces AVs to take a proactive position. Testers install the latest version of the AV, use the default settings, and then start throwing threats at the machine to see how well the AV reacts to each scenario.

The first part of the test, Real-World Threats, focuses on active online hazards – the computer gets malicious website URLs and receives infected emails to see whether the AV is able to ward off attacks. AV-Test uses its own “Sunshine” program to analyze all computer actions during this time to determine whether the attack was partially or completely blocked.

The second part, the Prevalence Malware Test, takes a bigger bucket of malware collected during the four weeks prior to the start of the test, pours it on the machine and evaluates it afterwards to see if any malware remnants have been left behind.

In addition to the Protection module, Avira had solid results in the Performance and Usability modules, scoring 5.5 out of the total 6 points available for each. The Performance test measures the lag in opening files and applications once an AV has been installed compared with the base time of a native installed operating system, while the Usability test looks at the frequency of false positives.

In total, Avira received 17 out of 18 possible points from AV-Test and honors again its heritage of winning Certified Seals.