In this blog, we will analyze the ATM malware samples that were recently found.

This sample uses CEN/XFS API to communicate with the ATM cash dispenser.

The CEN/XFS standard defines a common language to speak with the hardware components of the ATM. It shares a common conceptual background with Microsoft Windows device drivers. XFS stands for eXtension for Financial Services and has the following architecture: 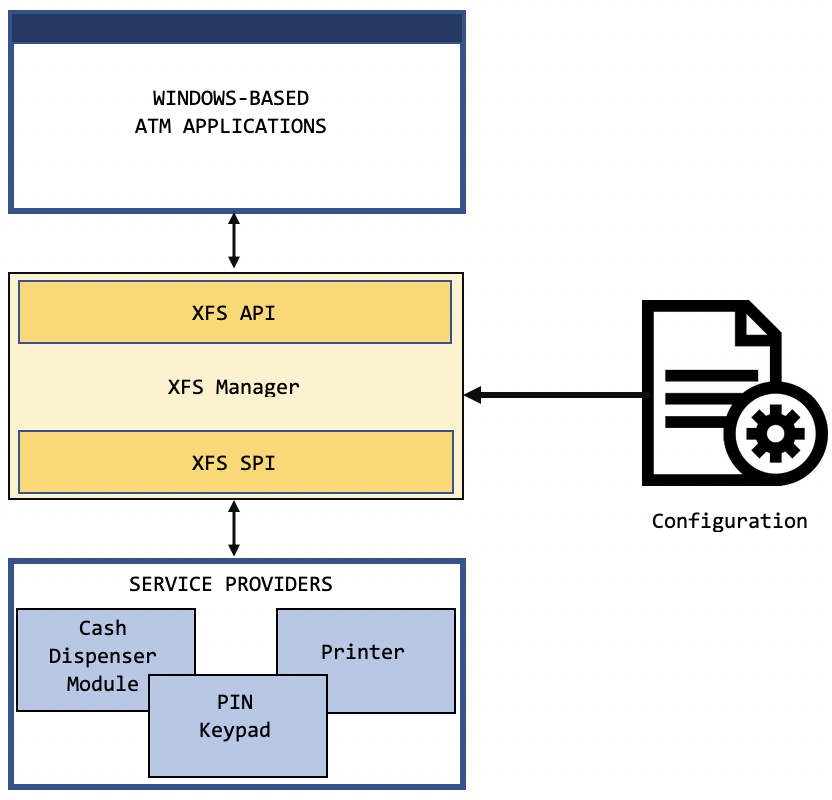 The ATM malware sample is written in C language and compiled using a MinGW GCC compiler as a 32-bit console application: 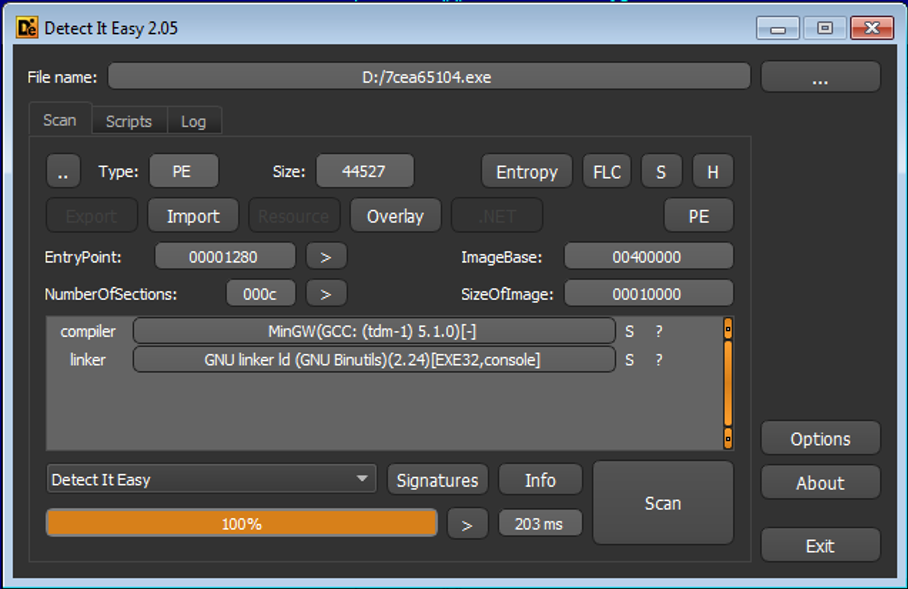 For further analysis, we upload the malware sample into IDA Pro and import MSXFS.dll library that implements XFS API functions:

These functions are called from _main function. In general, the malware logic is straightforward and mostly implemented inside the _main function. The function is the biggest part of the sample’s executable code:

The function’s graph (a few if-else and switch-case constructions): 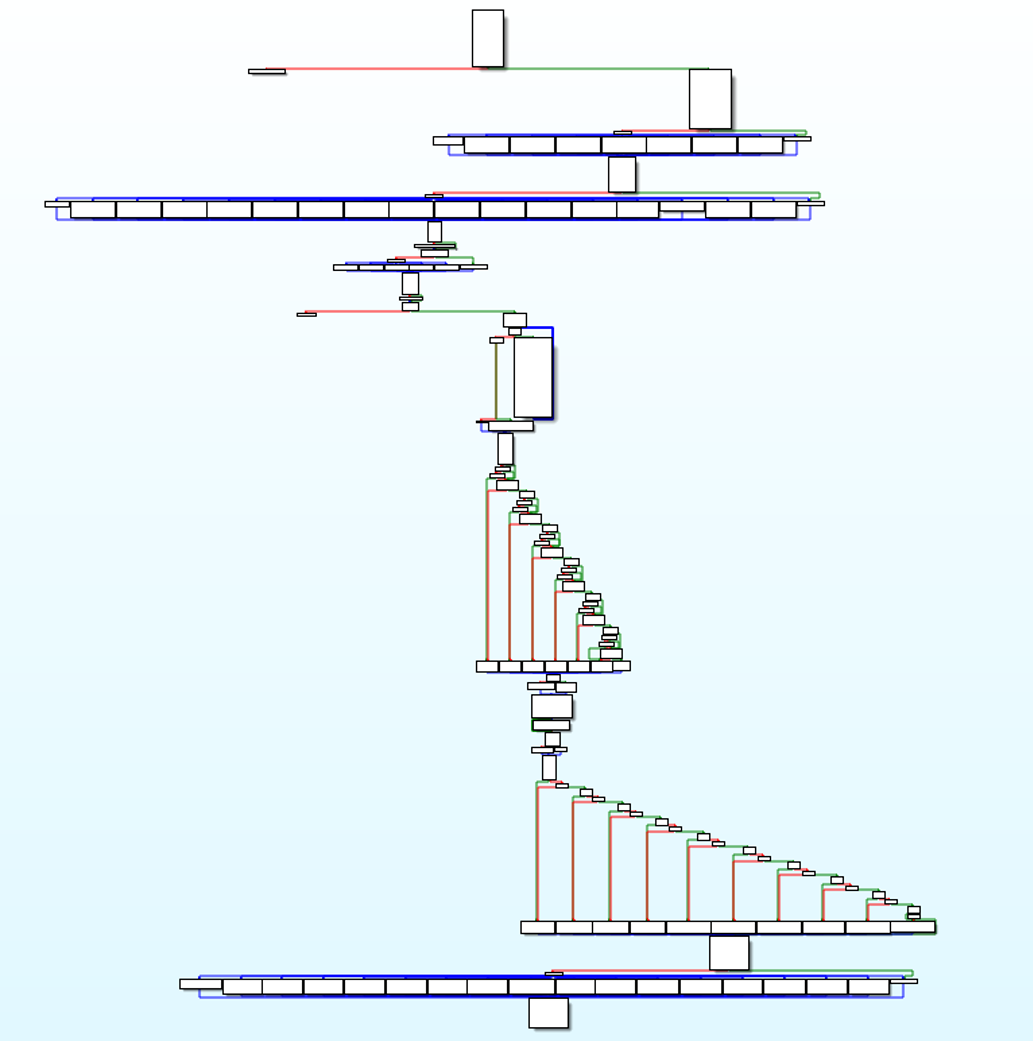 These if-else and switch-case constructions handle the return values and print error or information messages to a console. We will not describe _main function in detail, only concentrate on WFS* functions call and its parameters.

As we can see from the import table, the malware doesn’t care about clean-up after itself. It only uses necessary functions (marked bold in the below table) to execute a specific command.

Let’s take a closer at the most important functions to understand malware goals:

A quick Google search gives us the meaning of the string:

The next interesting XFS API call is WFSExecute. This function takes 5 arguments. Two of them define command ID and command data – dwCommand and lpCmdData accordingly. In our case, dwCommand equals 302 and it is WFS_CMD_CDM_DISPENSE command ID:

Command name describes itself – malware tries to dispense some cash. Amount and currency are defined in a special structure lpCmdData. Inside the _main function there are some interesting string:

If the malware didn’t find one of the above currency code, it will use a value returned by WFSGetInfo call.

To set an amount of money, malware fills a field of special structure (var_260) with value 1000:

After some manipulations this structure is passed as lpCmdData argument to WFSExecute function:

It is interesting to see that the first upload to VirusTotal originated from Brazil: 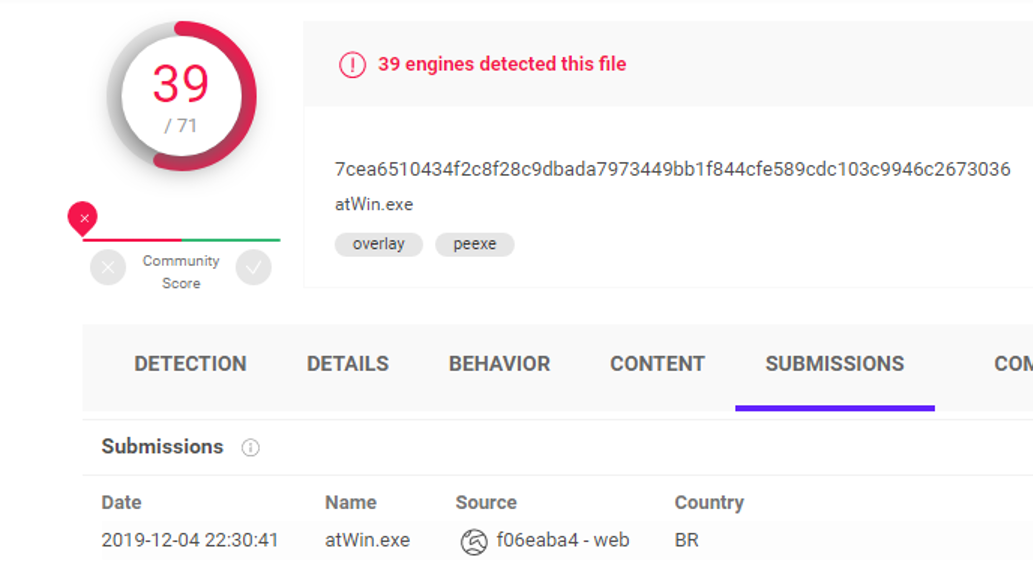 Similarly, the currency we saw earlier and strings in Portuguese tell us the malware targets Latin America countries (and possibly written by Portuguese-speaking attackers).

The results of the analysis indicate that the authors behind these attacks target Wincor and Diebold ATMs. We regularly see malware attacks on ATMs mostly because of un-addressed critical issues found in the systems. The detection and prevention of these kinds of threats can be done in multiple ways, and is made easier because  the focus of the malware is on executing some specific commands and doesn’t clean-up after itself. Avira’s range of detection mechanisms protects its customers from such attacks; powerful machine learning based anti-malware technologies  help to extend the security level of ATMs and provide protection from known, unknown and advanced threats.